Zebulon Walton was one of the last roles played by Will Geer in a career that spanned nearly 50 years, and its the reason he is mostly remembered by classic TV fans as a old country gentleman with a noble heart and a mischievous twinkle in his eye. 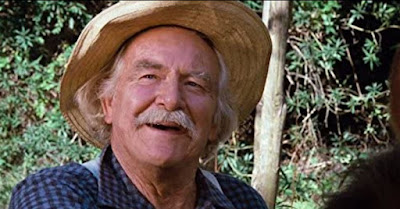 What’s interesting is how, before that, many of his most memorable roles were characters that projected a kind, gentle image, while concealing a heart of cruelty and deceit. Those contrasts are always interesting to play in a well-written story, and Geer’s best guest spots came in some of TV’s best-written shows.

Even more interesting is the life Will Geer led before, in and around his acting career, some of the details of which are remarkable, admirable, and scandalizing even in our current jaded era. You can dig those up on your own if you’re interested. For now let’s stick to TV.

Will Geer’s first television appearance came in an episode of this anthology series titled “Mirage in Manhattan.” According to IMDB it’s about an Oklahoma couple that strike it rich and move to New York, but quickly tire of the phony jet set. You could still tell that same story 70 years later.

This is one of those series I’ve always thought of as being more impressive than good. Meaning, you can admire its ambition and appreciate its craftsmanship, particularly in the compelling performances of George C. Scott and Cicely Tyson. But most episodes were so relentlessly depressing that it’s not surprising it didn’t last. “Here Today,” the final episode of its first and only season, features Will Geer as the maverick publisher of a small independent paper trying to fend off being purchased by a chain. Worth seeing for its depiction of the days when newspapers were locked in cutthroat competition, while also striving for a standard of accuracy and responsibility now long forgotten.

“The Town” was an intriguing departure episode for a series that usually stuck to one blueprint – IMF team gets mission from Secretary, carries it out flawlessly. But here, team leader Jim Phelps is on vacation when he stops in a small rural town to get gas, and uncovers a plot by foreign agents to assassinate a Soviet defector. Before he can intervene, the town doctor (played by Geer) injects him with curare, leaving him paralyzed. 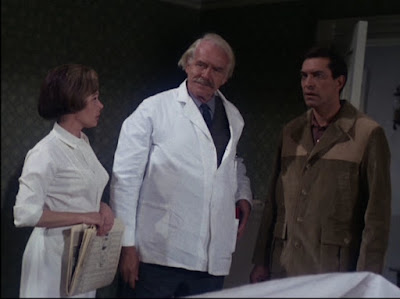 Rollin tracks Jim back to the town but Jim has no way to tell him what’s going on – or does he? It’s always fun to watch the team improvise and still come out on top. This is one of the first and best of Geer’s kind on the outside but rotten to the core characters.

Geer made three standout guest appearances in this superb series, and it’s a toss-up as to which is best.  The one I’ve watched most often is “The Letter Of the Law.” Like “The Town” it’s an outlier for its series, as the story never sees the inside of a courtroom.

Instead, attorneys Walter Nichols (Burl Ives) and Brian Darrell (Joseph Campanella) attend a dinner party at the Haunted Mansion-like estate of a respected colleague, Elliot Leveridge (Geer), who announces that he is dying of a terminal illness, and plans to right a past wrong before he dies. The other guests are all former clients that Leveridge cleared of murder charges, only to later discover that one was actually guilty. What follows is a macabre cat-and-mouse game in which everyone waits to see if the killer will identify him (or her-) self.

In  “The Day the Lion Died,” Hal Holbrook’s earnest junior senator Hayes Stowe raises objections to the conduct of ranking member Homer Wydell (Will Geer), a dangerous thing to do to a prominent legislator that can make or break his future. But as Rydell’s mood swings and absent-mindedness worsen, it becomes clear the man is no longer competent. “You even hint at this, do you know what the consequences would be for you?” says Stowe’s advisor. Hayes responds, “And the consequences if I’m right?”

While Geer dives into his character’s flights of fancy with brio, one cannot ignore the acting clinic by Holbrook when Rydell’s condition is exposed during a Senate hearing. He sits observing in silence, knowing he was responsible for triggering the outburst, knowing it was the right thing to do, and yet feeling the burden of responsibility for a great man’s downfall.  How he conveys all of that without saying a word – amazing.

And at least we can thank heaven that the possibility of someone with limited cognitive function somehow maintaining high office in our government could never really happen.

The Jimmy Stewart Show (1971)
While Jimmy Stewart plays college professor James K. Howard in this short-lived sitcom, he also appears as himself to introduce each episode. “A Bunk for Unc” opens with Stewart saying, “I’m pleased to tell you that that fine actor Will Geer joins us this week.” Such a tribute from a man on the Mount Rushmore of great actors is high praise indeed. Geer plays Howard’s Uncle Everett, a seafaring man full of tall tales who drops in for a visit and takes over the household, much to Jim’s dismay. It’s a typical entry in a below-average sitcom, but it’s here because Geer shares scenes with his daughter Ellen, who was a series regular. Maybe these moments were not as memorable as when Danny Thomas appeared on That Girl, but I enjoyed them.

Name any series about a large family and usually the focus in on stories about the children. While that case can be made for The Waltons as well, I find my memories of the series are most vivid  with the stories featuring parents John and Olivia, and Grandma and Grandpa. They were such a delightfully mismatched pair – stern, Gospel reading Esther (Ellen Corby) and gregarious Zeb, who also loved the Lord but figures he wouldn’t mind the occasional visit to the Baldwin sisters for a sip of their “recipe.” The show was never the same after his passing. 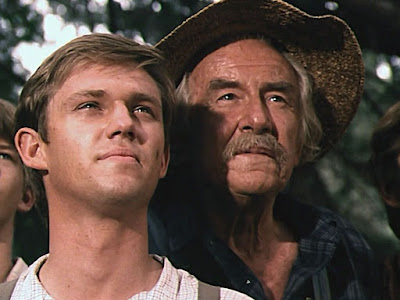 This is a throwaway bit on a hit-and-miss series, but “Die Now, Pay Later” certainly has an interesting backstory. Night Gallery was a one-hour series that was cut into 30-minute episodes for syndication, resulting in about half of its segments being severely edited or padded with stock and cut footage to fill out an episode. As a result this story was one of a handful to never be broadcast in its original running time. It was finally preserved that way when the series was released on DVD. Will Geer plays the owner of a funeral parlor who advertises a huge sale on caskets; Slim Pickens plays the sheriff who wonders if there’s a connection between that sale and a sudden rise in local fatalities. 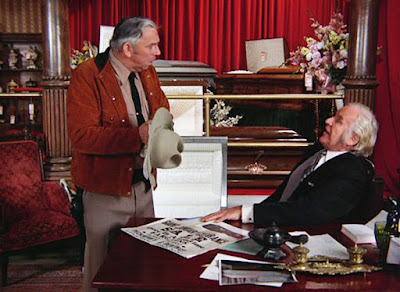 At the same time he played Grandpa Walton, Will Geer was busy on another network convincing Nicholas Bradford that he was Santa Claus, before stealing all of the family’s Christmas presents. Sadly, none of the Bradford boys would ever get into Mensa, “Yes, Nicholas, There is a Santa Claus” is a two-parter that conveys all the heartwarming holiday feels we took for granted from our Christmas shows back then. 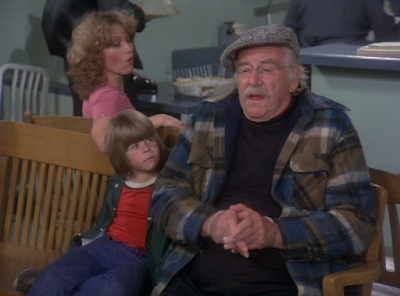 ‘The Old Man and the Runaway” is my favorite Love Boat story. There is nothing original about it: grumpy old man, recently widowed, boards the Pacific Princess for nothing more than “solitude and sea air,” but his plans are upended by a plucky teenage stowaway (Bayn Johnson) hiding out in his cabin. 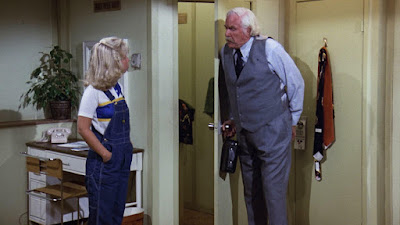 That stuff goes back to Shirley Temple – even Mary Pickford. But Geer and Johnson play off each other so well that in less than 20 minutes they tell a fully realized story of two people with nothing in common, who form a bond that will make both of their lives better than they were before.

Posted by David Hofstede at 1:46 PM