I like to keep the negativity to a minimum here, but the title of this piece seems to me an inescapable conclusion. 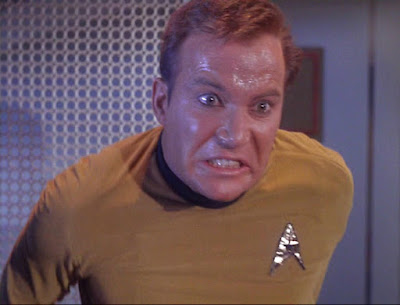 It’s not an indictment of all Star Trek fans, of course – only the most vocal. Science fiction always attracts a particularly passionate fanbase, but with that passion often comes demands that no television show could ever satisfy.

These thoughts were reinforced as I’ve been making my way through the original Star Trek series on blu-ray. 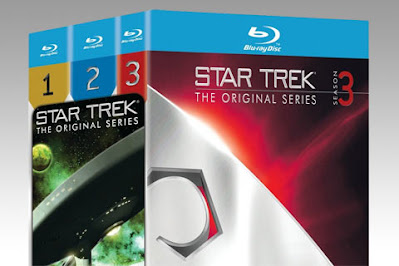 It has become my habit, as it has on all the other Trek shows I’ve watched on disc, to follow each episode viewing with a visit to Jammer’s Reviews, the oldest Star Trek episode review site online (founded in 1995!). Following each review by founder Jamahl Epsicokhan, there is an active comments section where discussions about some episodes have been ongoing for more than ten years.

I haven’t done a count on the thousands of posts there, but in reading most of the threads, some more than once, I’d say the percentage of negative comments outpace the positive ones by at least a 4:1 margin.

There are a handful of episodes from each Trek series that reverse that trend: “City on the Edge of Forever,” “Measure of a Man,” “The Inner Light,” “In the Pale Moonlight,” “Someone to Watch Over Me,” – but even these have their detractors. 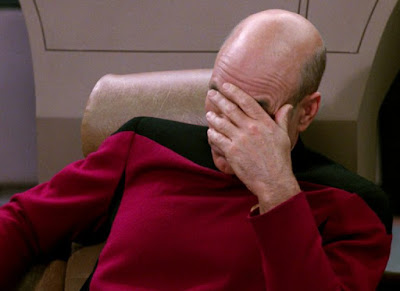 Even more surprising is how often Jamahl himself, aka Jammer, is one of Trek’s harshest critics.  He shares the elitist view of the most annoying ST fans who proclaim that Deep Space Nine can do no wrong, while Voyager and Enterprise could do nothing right. Eventually his visitors called him out on it. His response: “If I didn’t like (Star Trek) why would I spend all this time reviewing it?” That’s a good question, actually, but he did not provide an answer.

Again, I know this can’t be a representative sample of most Star Trek viewers. At least I certainly hope it’s not. What pleasure could someone get from watching any show the way the Washington Post watched Trump speeches, and then taking it as a personal insult when yet another episode didn’t rise to their lofty expectations?

I’ve only been to one Star Trek convention, and I do not recall ever being surrounded by hundreds of grumblers. There was real joy in the air, a sense of shared celebration that unites those in attendance regardless of their race, gender, etc. For that brief time, you could almost believe the dream of Gene Roddenberry had been realized, and that our future held the promise of better days. 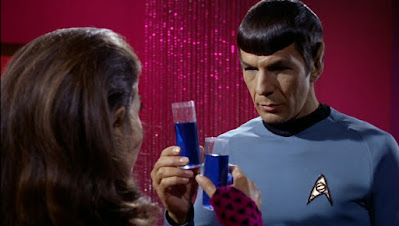 No doubt even these colorfully costumed fans had episodes they liked more than others, but this was superseded by an appreciation for the franchise as a whole, of its philosophy and optimism and continuity, that was enough to sustain interest when a particular episode proves less than compelling.

That’s the way I watch Star Trek. I’m fascinated by so many of the elements that were there from the beginning, and how they have evolved through subsequent incarnations: the excitement of exploration into a limitless universe; the science and technology that enables interstellar travel; how the Prime Directive dictates how and when Starfleet acts on behalf of other species – and how often it is violated; how human beings living centuries ahead of us maintain an affection for what we revere now, whether it’s Picard’s preference for books over electronic readers, or Tom Paris’s fascination with 20th century automobiles.

So when I’m not engaged in the plot, I just look around the frame and find that’s enough to get my money’s worth. I wonder what those red and blue liquids are in the giant beakers in Dr. Crusher’s sickbay, what Romulan ale tastes like, and whether the 3D printers we have now are the first step toward every home having a repliactor. 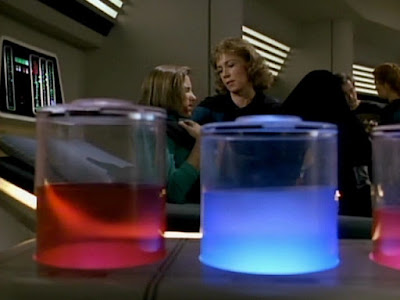 Surely, that’s a better use of one’s time with a show one supposedly likes, than always explaining in excruciating detail exactly how many ways a particular episode has failed.

This is not to say anyone shouldn’t express an opinion, even a negative one, about any TV show. I guess the message is, if someone really finds only one out of every four or five episodes of a series worth one’s time, why still be a fan? I have no interest in Discovery or Lower Decks or the J.J. Abrams reboot films, so just not watching them seems like a healthier option than watching and then attacking them online.

Even if the franchise cannot revive itself successfully anymore, Star Trek has already given us more than 600 one-hour episodes of thought-provoking television, and a few pretty good movies as well. Nothing else on television is likely to ever come close to that achievement. And it is one that deserves celebration. 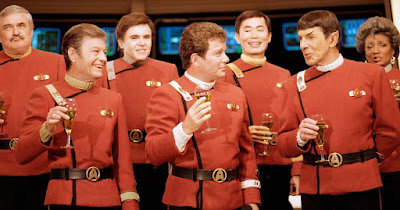