This will be my third deep dive into the strange, enchanted realms of short-lived and nearly forgotten series from the Comfort TV era. You can read the first two here and here.

I was inspired to return to this topic after discovering a YouTube channel that collects opening credits sequences from obscure shows. I watched a couple of videos about shows from the 1970s, and realized again that this is the only decade where I find the flops as interesting as the hits. So this time around, here are ten groovy and far out '70s shows that disappeared faster than earth shoes and “Gee Your Hair Smells Terrific” shampoo.

Two words: Susan Dey. After she gave up the keyboards and left the Partridge family band, Dey was top-billed in this situation comedy as a teacher dating a reporter (Kip Gilman). 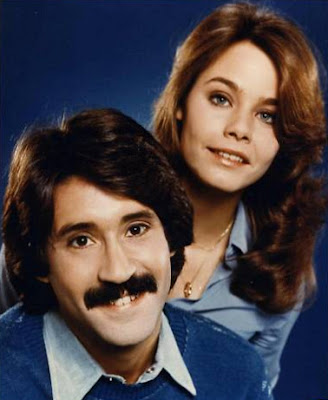 I’d like to see how she handled her first adult role, but I acknowledge that naming the characters Dick and Jane was not an encouraging sign of what the writers considered clever.

I have vague memories of watching this Saturday morning series first-run when I was five or six years old. All I remember now is that it had songs and educational content, that Pamelyn Ferdin was in it, and that it was the first time I ever heard the word “onomatopoeia.” 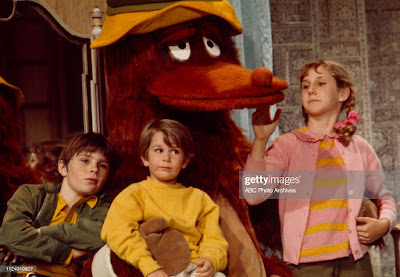 I moved to Las Vegas at the tail end of the Rat Pack era and over the next 20 years saw hundreds of showroom performers. One of the biggest surprises during that time was how much I enjoyed Mac Davis at the MGM Grand. Such a wonderfully talented singer and musician, with great comic timing – just the sort of person they gave variety shows to in the 1970s. 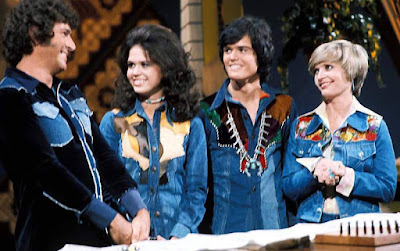 I’m sure the comedy sketches in his series were substandard, as they were on all every show not featuring Carol Burnett and Tim Conway. But the lineup of musical guests could not be topped:  Aretha Franklin, Anne Murray, Loretta Lynn, John Sebastian, Dolly Parton, Dean Martin, Olivia Newton-John and many more. Find me another series that would book Roy Rogers and Dale Evans one week, and Ike and Tina Turner the next.

In a small town in Pennsylvania in the 1940s, young Jim Malloy is hired by the local newspaper as a cub reporter. He is mentored by Ray Whitehead, in what had to be an art-imitating-life performance by Gig Young as a newspaperman whose drinking cost him a more successful career. I’ll always check out any show about a newspaper, especially from the days when reporters used typewriters instead of computer terminals. 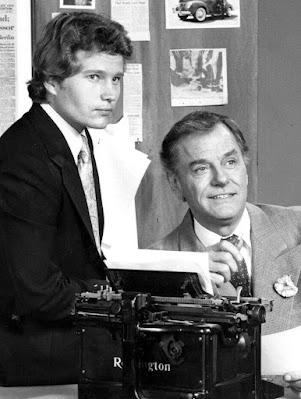 Between I Dream of Jeannie and Dallas, Larry Hagman starred in this situation comedy alongside the ever charming Diane Baker as a just-married couple trying to begin their new lives together, despite constant interference from their respective ex-partners (Dick Gautier and Nita Talbot). With that set-up the material could have been played broadly to the point of farce, with a lot of yelling and conflict and over-the-top mugging. But the pilot is on YouTube and it was refreshing to discover how they opted instead for a more laid-back, sophisticated vibe that should have been easier to sustain. 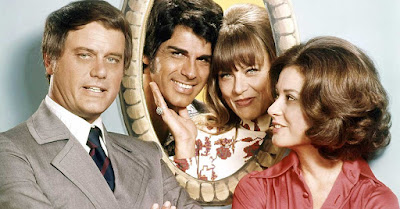 This was Darleen Carr’s third attempt at a 1970s series that would stick around for a while. She began the decade on The Smith Family with Henry Fonda and Ron Howard, and then headed west with Rod Taylor on The Oregon Trail, a pretty good western that happily is also available on DVD. Miss Winslow and Son was an adaptation of a British series called Miss Jones and Son; the company behind the show hoped for another hit like they had three years earlier, when they turned Man About the House into Three’s Company. But apparently viewers had fewer issues with a guy living with two girls than with an unwed mother. Or maybe the show just wasn’t that good, as it lasted just six episodes.

Also known as “the Happy Days spinoff that no one remembers.” The episode “Chachi Sells His Soul” featured James Brogan as an angel named Random. In “Out of the Blue,” Random comes to the aid of a family of kids whose parents are killed in a plane crash. Could it be worse than Joanie Loves Chachi? 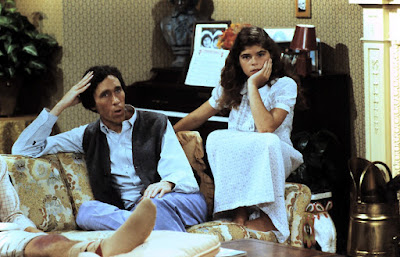 In CBS promos for this medical drama, the network proudly proclaimed: “It’s about…what it’s all about.” Yeah, not encouraging. But the couple of episodes that have turned up online certainly held my interest.  Broderick Crawford plays the gruff but lovable veteran doctor who oversees the ongoing educations of five interns. From that cast only Mike Farrell went on to bigger and better things, but it’s a talented ensemble. I also enjoyed seeing Elaine Giftos, another charismatic ‘70s star who deserved better roles, as Farrell’s wife.

Raymond Burr managed to follow up nine years as Perry Mason with eight years as a wheelchair-bound detective on Ironside. But that golden touch did not carry over to this series, in which Burr played a top executive in one of the nation’s top media conglomerates, who habitually left his cushy desk job to track down an important story. One of his assistants is played by Pamela Hensley, who would trade in her business suits for a sci-fi showgirl ensemble on Buck Rogers In the 25th Century. As I previously stated with Gibbsville, I’m always interested in any show about journalism the way it used to be. 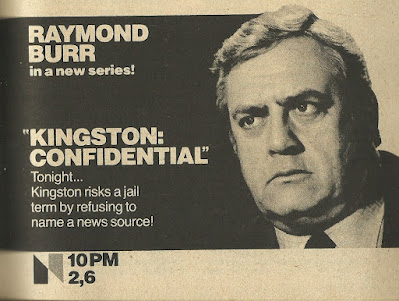 I have no doubt this show was awful. But sometimes a series looks so dreadful from its opening credits that I can’t resist a perverse curiosity to discover the precise level of terrible it achieves. As with Delta House on ABC, this was CBS’s attempt to adapt National Lampoon’s Animal House into a sitcom, without all the R-rated moments that made the film a hit. Delta House failed despite featuring several actors from the film plus Michelle Pfeiffer. Coed Fever countered with Heather Thomas and David Keith. According to IMDB eight episodes were made, but CBS pulled the plug after just one. If the set looks familiar, it’s because it was recycled with few alterations for the first season of The Facts of Life. 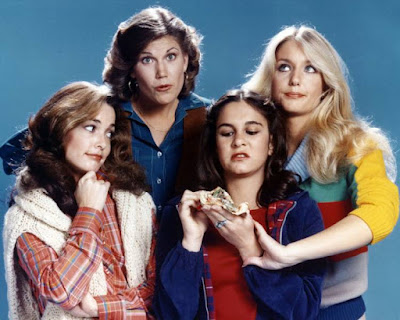