I’m serving up a two-fer this time, since just about all of the shows on the Monday night prime time schedules were covered in a previous piece in this series. Let's move quickly past the familiar so we can get to the new stuff, like this show (anyone remember?) 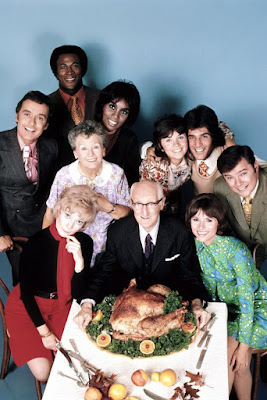 Nanny and the Professor

The only thing interesting here is how ABC moved Nanny and the Professor out of its Friday night lineup from the previous year and scheduled it before their always highly rated weekly football match-up. But if the strategy was to boost the ratings enough for renewal, it didn’t work. 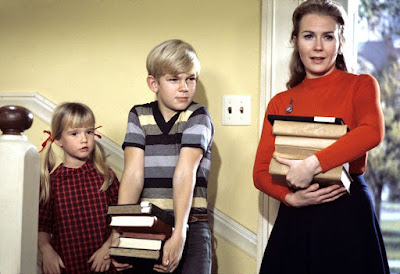 My Three Sons and Arnie were moved to Mondays from the Saturday night schedule in 1970. Overall a very pleasant evening of television.

Both of these shows carry over from the previous year. So let’s move on to Tuesday.

Movie of the Week

The numbers were apparently still strong for this Tuesday night line-up, as it’s the same one ABC offered in 1970. 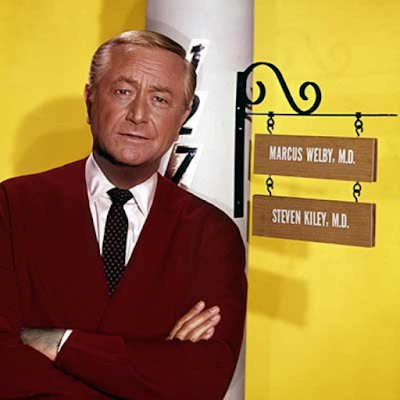 Glen Campbell survived the Tiffany Network’s “rural purge” last year, but would ride off into the sunset after this season. Hawaii Five-O moved to Tuesdays from its previous Thursday slot and dropped from #7 to #12 in the ratings, but would rebound back into the top ten in its next three seasons.

This was the debut season for Cannon, yet another Quinn Martin production, starring William Conrad as a private detective and gourmet cook who clearly enjoyed dining on his own entrees. The show would last five seasons and 122 episodes. Not a classic series, but a good one. 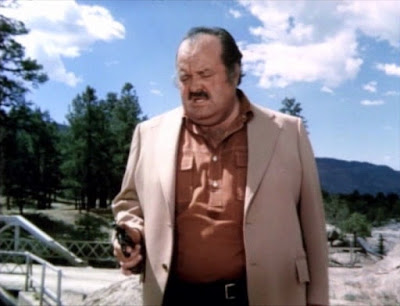 At last we get to the most interesting lineup we’ll look at in this piece, which is not to say it was the most successful. It’s also the only schedule that may present another roadblock in my quest to watch at least one episode of every prime time series from the 1970s.

Last year NBC offered up The Don Knotts Show and Julia. This year, they shift Ironside into Tuesday, where the series (about halfway through its eight-year run, continued to perform well. But that’s where the network’s good news ended, for next up was Sarge, a new series starring George Kennedy as Sam Cavanaugh, a San Diego cop who retires and becomes a priest after the murder of his wife. 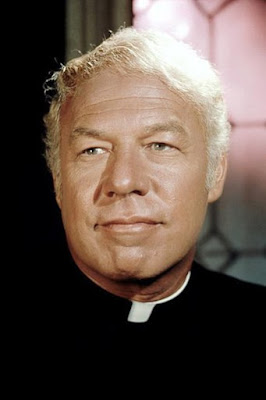 I would readily buy Kennedy as a cop, whether it’s in The Blue Knight or working alongside Frank Drebin at Police Squad. But as a priest? That was the most unlikely ecclesial casting until Robert Blake began handing out Hail Marys on Hell Town.

One would think a vocation change that unique and profound would necessitate a new perspective on life, but Kennedy plays Cavanaugh as if he were still on the force – except now he says grace before eating. There’s one episode on YouTube if you’re curious.

Rounding out the night was The Funny Side, a comedy and music series with an impressive pedigree, a legendary host and a talented cast – none of which helped it avoid the axe after 13 weeks.

Created by Bill Persky and Sam Denoff (The Dick Van Dyke Show, That Girl) the show was hosted by Gene Kelly, and featured five couples that performed sketches and songs based on a different theme every week. If you’re a classic TV lover you’ll recognize almost all of them – Cindy Williams, Michael Lembeck, Burt Mustin, John Amos, Teresa Graves, Pat Finley (The Bob Newhart Show), and Warren Berlinger. Dick Clair and Jenna McMahon, perhaps the least-familiar names to most, would achieve greater success writing for The Mary Tyler Moore Show and The Carol Burnett Show. They also co-created The Facts of Life and Mama’s Family.

How could it miss? Well, see if you think this is funny:

From the footage I’ve seen, I’d say it did not succeed because it wasn’t as edgy and “out there” as Laugh-In, but it also didn’t have the warmth and affability of a more traditional variety series. But at least almost everyone involved had much better jobs in their future.

Posted by David Hofstede at 9:46 AM
Email ThisBlogThis!Share to TwitterShare to FacebookShare to Pinterest
Labels: My Journey Through 70s TV