Giving Thanks – For The Basic Lessons In Classic Television

The older I get, the more I realize that life isn’t nearly as complicated as we often make it. Usually, the complications ensue when we know what the best course of action is in any situation, but we do something else anyway. The motivation could be anger or fear or greed or even love, but the result is that something gets messed up that did not have to turn out that way.

What does this have to do with classic TV? I think these basic truths – some of which are no longer acknowledged by our current culture – are built into the bedrock of thousands of programs that aired between the 1950s and the 1970s. During this week of Thanksgiving, it’s something for which I am very thankful.

In my never-ending quest to discover why these shows resonate more with me than what’s on TV now, this is yet another piece to that puzzle. What we see in these shows is a reinforcement of behaviors and viewpoints that serve the greater good. Sometimes characters forget what’s best for them, and that results in a lesson learned, and a re-establishment of these basics that are essential for a healthy, functioning society.

Now more than ever it seems we are being asked – actually, “commanded” might be more accurate – to accept dictums that we know instinctually are wrong as right and proper. And that is why, again, now more than ever, we need to be reminded of the basics, and how they never change no matter how we may try to overturn them.

For instance, you say? Glad you asked.

Through subtle threats, racketeer Max Calvada persuades the Alan Brady Show writing staff to provide a nightclub act for his nephew, Kenny, who wants to break into show business. 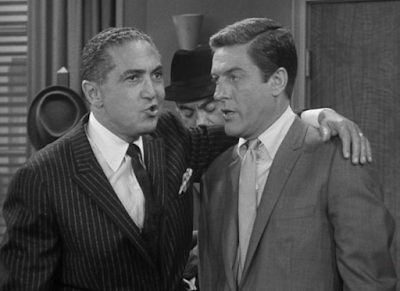 One problem – Kenny has no talent. Rob, Buddy and Sally deliver quality material, and Max arranges for the kid to perform at the most celebrated club in town. But on opening night Kenny stumbles over every joke. By the time the act is over, most of the audience has left. Resigned to his fate, Kenny agrees to attend college instead and study accounting.

Basic Lesson: The safest and healthiest society is one that functions as a meritocracy. Jumping a line over more qualified individuals through family connections or special treatment is no guarantee of success. And when this happens not with comedians but doctors and airline pilots, it could have devastating consequences.

A damaged rain gutter at the Nelson residence causes expensive water damage to the boys’ bedroom. Ozzie hires a man to fix it, but postpones the job after discovering a bird’s nest in the gutter with three robin’s eggs inside. 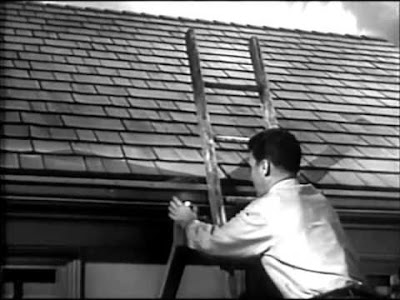 “You can’t just evict a mother-to-be,” he tells Harriet. But if it rains again before the eggs hatch, it will necessitate another costly plastering job. Sure enough, a storm rolls in and more damage is done, but Ozzie’s magnanimous gesture makes the local news, and a bird-loving plaster man arrives to do the job for free.

Basic Lesson: All life is precious, and worthy of protection. Also, you never know how you might be rewarded for doing the right thing.

“A Matter For Experts”

Mrs. Brown, the vice-principal, is concerned that Buffy and Jody are too dependent on each other. Uncle Bill explains that the twins were separated for about a year after the loss of their parents, and are adjusting to a new home and a new life: “They’re still hanging on to each other – it seems perfectly natural to me.” But Mrs. Brown suggests putting them in different classrooms, with different lunches and recesses. 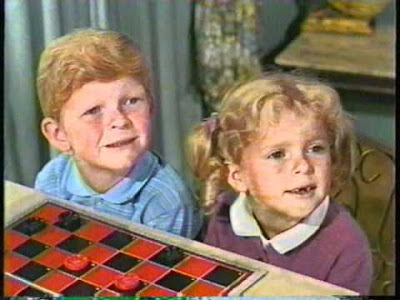 “At their age they have had enough shocks, ” Bill believes. But after consulting a child psychologist who backs Mrs. Brown, he agrees to the separation. “What do I know about kids?” he admits. After a few days the twins become even more isolated and despondent. Buffy in particular takes it hard. “How can it be right when I feel it’s so wrong?” he asks Mr. French, before putting an end to the experiment. Buffy and Jody are overjoyed to be back together again.

Basic Lesson: Trust your instincts. Do what you believe is right, because “experts” don’t always have all the answers.

“Partridge Up a Pair Tree”

Keith loves the broken-down old car he bought, but he has to borrow money from everyone to keep up with the never-ending repair bills. Danny, concerned the family may go bankrupt, steps in to take control of Keith’s finances. 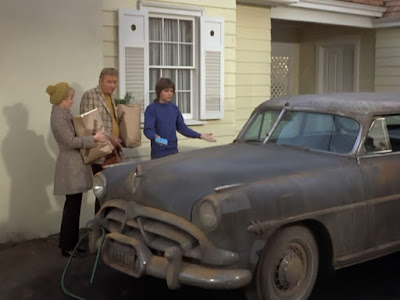 With the prom approaching, a desperate Keith tries to beg, borrow or work for enough cash to take his date. With no other options, and recognizing he is in a situation that cannot continue, he makes the difficult decision to sell his beloved car. Thanks to a generous junk man, Keith now has the money to settle all his debts and take his girlfriend to the prom.

Basic Lesson: If you take out a loan, pay it back.

These are just some of the many lessons – once obvious to everyone, now no longer so – that were unapologetically promoted by the television shows of the past.

Why have we drifted so far away from these basics? That’s another topic for another type of blog. But as centuries-old traditions continue to be challenged by modern outlooks, these shows caution us that we make fundamental changes to what has always worked at our own risk. Occasionally they may provide a better alternative. But as those who converted their actual money into a now infamous brand of crypto-currency can attest, seeking the new and improved can also result in disaster. 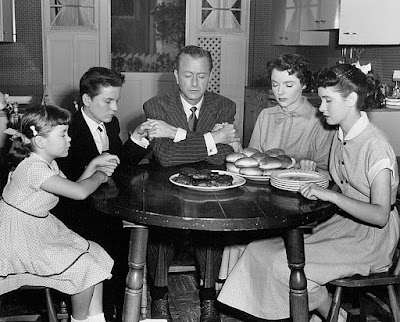