With this piece we’ve completed year one in my journey through the 1970s, and the quest to watch at least one episode from that amazing television decade. Let’s see if the prime time schedules for Saturday were good enough to keep people home.

As we approach another holiday season, it brings back memories of hosts like Andy Williams and the songs that played on our turntables every December. This was the final year for Williams’ acclaimed variety series, though he’d return to television for Christmas specials for many years to come.

Adam-12 was the second most successful paradigm of the Jack Webb school of drama. 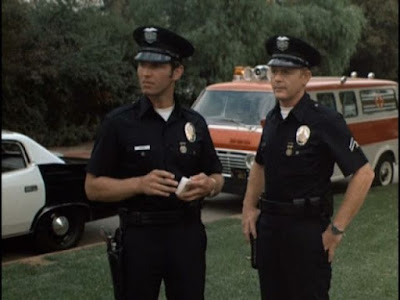 The series, which followed the daily routine of L.A. cops Malloy and Reed, had the same poker-faced leads, the same awkward insertions of humor, and the same “don’t mess with authority” message of Webb’s signature series, Dragnet. It’s an approach that no current TV drama would even attempt. But it worked, and occasionally delivered unforgettable moments, as in the remarkable episode “Elegy For a Pig.”

The Most Deadly Game

Game shows pop up in prime time more often these days, but it also happened back when they were usually found in morning and afternoon time slots. I’m not sure the occasionally risqué Newlywed Game was the best lead-in for the ultra-wholesome Lawrence Welk Show, though neither series ranked in the top 30 that year. 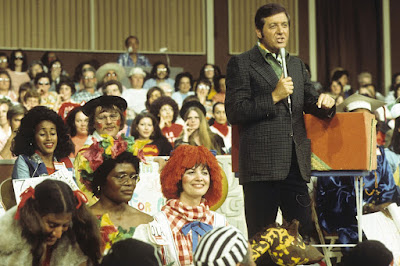 “Murder is the most deadly game…these three criminologists play it.” So begins the intro to the short-lived (12 episodes) The Most Deadly Game, an Aaron Spelling series starring Ralph Bellamy, George Maharis and Yvette Mimieux. I’ve watched 3 or 4 episodes, and there wasn’t one part of it that worked for me.

We’re supposed to believe that this trio of experts can figure out baffling murder mysteries, but their investigation strategies reveal no talents beyond those developed by every TV detective. Bellamy, as “Mr. Arcane” is certainly no Sherlock Holmes, and the on-again, off-again flirtation between Maharis and Mimieux is bereft of any chemistry. I’m an easy mark for ‘70s stuff, but even I am not this easy.

This was the weakest of Mission: Impossible’s seven seasons. The series was never as good after the season three departures of Martin Landau and Barbara Bain, and after relying on guest female leads in season four, Lesley Ann Warren was cast this year as operative Dana Lambert. Warren looked like a radical just back from an anti-war sit-in at Berkeley, which made Dana an odd fit on a button-down team of conservative government agents. Thankfully, M:I was still capable of turning out classic moments, as in episodes like “The Killer,” “The Innocent” (featuring new team member Sam Elliott) and “The Amateur.”

My Three Sons had likewise undergone multiple cast changes since its 1960 debut. Bub was gone, Mike was gone, Steve was married to Barbara and raising Dodie, and Chip was raising triplets with Tina Cole (six-year-old me thought she was adorable). It ran 12 seasons altogether, nine more than the show that aired next. 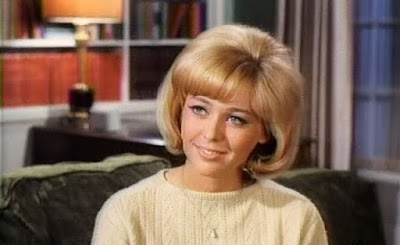 That would be Arnie, starring Herschel Bernardi as a lunch-pail laborer who finds himself unexpectedly promoted to an executive position at the same company.

I confess that I still can’t figure out what this show was trying to say. There’s a dash of satire on corporate politics, some exploration of the culture clash between blue collar and white collar America, and generation gap arguments between Arnie (Bernardi) and his long-haired teenage son. But there’s a lack of cohesion to the various threads, even with a capable lead like Bernardi at the helm. As with The Most Deadly Game, you can see why someone thought this might be a good idea, but it just doesn’t work. 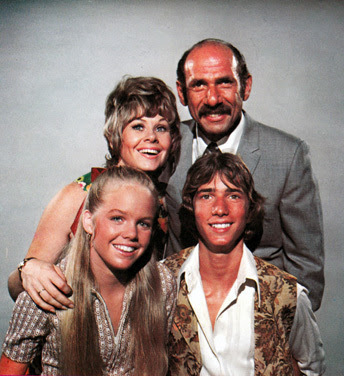 The Mary Tyler Moore Show, debuting this year, would become the first piece in a now-legendary Saturday night CBS lineup – but clearly we are not there yet. Mannix was about halfway through an impressive run here, and it completes another lineup for which I’m happy to say I’ve watched them all. Now let’s see what 1971 brings. 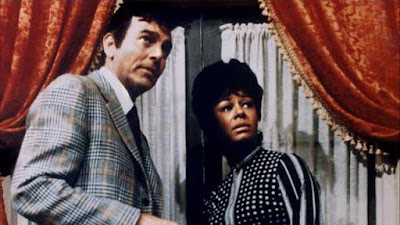 Posted by David Hofstede at 11:29 AM
Email ThisBlogThis!Share to TwitterShare to FacebookShare to Pinterest
Labels: My Journey Through 70s TV