Comfort TV is Sent to Bed

One aspect of classic television I always enjoy is the observance of how people lived their everyday lives in the times these shows were made, and how we’ve changed since then.

Here’s an example you may have noticed, that I don’t think applies to our current life and times: when anyone gets a cold, or even the beginnings of a cold, they are immediately ordered into bed. 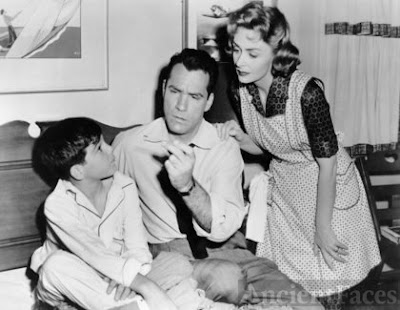 Is that still the first line of defense against illness deployed by parents and spouses? It doesn’t seem that way. We’re much busier now – or at least we feel like we’re busier. Out of respect for coworkers we may not trudge to the office if we’re contagious, but we may still work from home.

Apparently that was not the case 50 years ago. When you got sick everything else shut down. It was into your pajamas and into bed, to await a visit from a doctor who still makes house calls. 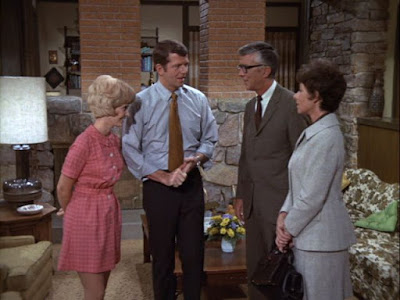 And while we’d all rather feel healthy, let’s face it – this arrangement doesn’t sound all that bad at first: lounging in a comfortable bed all day, stack of pillows propped up behind you, your meals served on a tray, newspaper or puzzle books in easy arm’s reach, getting to watch the television shows you never see while at work or at school. Where do I go to sign up?

As a good health practice this is more understandable with kids than adults. But the most memorable classic TV episodes with this plot show us grown-ups who tend to act like kids when they’re sent to bed to recoup. That’s a situation that can be mined for laughs, not just from the patient but from the spouses drafted to wait on them, in addition to whatever else they had planned to do that day.

This was illustrated most clearly in an episode of Bewitched we discussed in detail not that long ago, in which Darren apparently requires a multi-day bed rest over…a sprained ankle? I’ve sprained ankles dozens of times – never got to ride one out that way. But Samantha gets so tired of catering to his every whim that she hexes the house to respond to his desires – and all heck breaks loose. 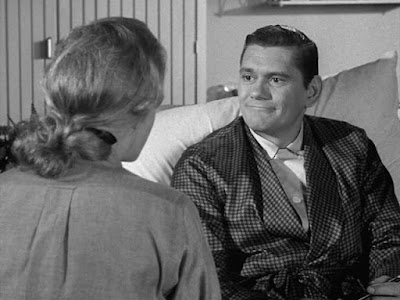 But sometimes the caretaker is eager to help, as in the Our Miss Brooks episode "Pensacola Popovers." Connie sees in taking care of Mr. Boynton a chance to make that arrangement permanent – but of course it doesn’t quite work out that way.

And then there were the fakers. Both Marsha and Bobby tried putting themselves to bed to feign illness on The Brady Bunch – Marsha to avoid her first day of high school, and Bobby because he lied to Joe Namath to get the famed quarterback to visit him. 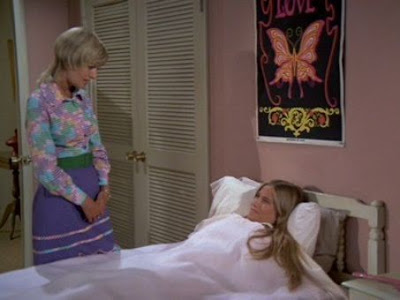 And sometimes we see what happens when an edict of bed rest is ignored. In an episode of The Dick Van Dyke Show called "The Meershatz Pipe," Rob tries to shake off the flu and get back to work, because he fears for his job.

Again, I don’t really know how common it was for colds and flus to require laying in bed for a few days. But it did seem like that was the standard course of action back then. And perhaps that’s why Ozzie Nelson’s decision to stay in bed when he feels fine made for such a memorable episode of The Adventures of Ozzie & Harriet.

In “A Day in Bed,” Ozzie wakes up and decides to stay put. He quotes the poet Wordsworth – “The world is too much with us.” (Characters on television were more acquainted with literature and poetry back then as well).  “What law is there that compels a man to get up every morning of his life?” he asks Harriet. “I don’t care what people think, I don’t care what I’m supposed to do. I’m going to stay in bed all day!” 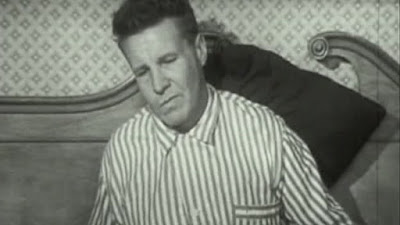 And no one in or out of his family is quire sure how to react, because it’s the kind of stance that upsets the natural order of things. Familiar routines were a sign of stability and normalcy – get up in the morning at a certain time and go to work; return home at a certain time and sit down to dinner with the family. Catching a cold disrupted that routine, but that’s when an equally familiar alternate procedure would emerge for however long it was needed – one that usually included chicken soup, a spoonful of unpleasant-tasting medicine, and a few days away from the usual responsibilities of life.

For Ozzie to remain in his pajamas and stay in bed when he’s perfectly healthy – why, he might as well have dropped his pants in the middle of Main Street – it’s the sort of thing that just simply isn’t done. But on this day a family man who is normally a respecter of custom suddenly feels rebellious.

Does he make it? Or do societal pressures and outside temptations coax him away from his tranquil protest? That would be telling, but one of the most remarkable aspects of this wonderful episode is how the community responds to Ozzie’s experiment. It turns out to be a rather eventful day as a steady stream of well wishers try to raise his spirits. They can’t comprehend why any healthy man would still be in bed when the rest of the world is getting on with its responsibilities.

That’s what passed for unfathomable behavior in 1956. Today…well, let’s just say some of the things we blithely accept now would have a lot more folks hiding under the covers in Ozzie’s day. The world is too much with us, indeed.

Posted by David Hofstede at 12:08 AM
Email ThisBlogThis!Share to TwitterShare to FacebookShare to Pinterest
Labels: General Classic TV Discussion