I would normally be loath to run back-to-back tribute pieces to recently departed celebrities, but this one could not be avoided.

Time stopped in my home when social media announced the passing of Olivia Newton-John. 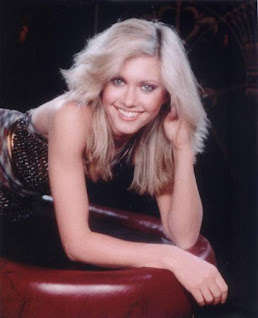 And while I was still processing that news my phone started ringing - calls from friends who knew of my decades-long affection for her music, her movies, and her remarkable grace and beauty.

This is one of my prized possessions. 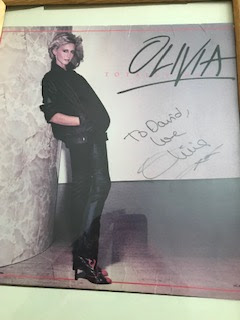 I was hardly alone in my devotion. Most of my generation of males was in love with her, even the headbangers who preferred Motorhead to “Have You Never Been Mellow.” And judging by the global wave of remembrances from peers and performers past and present, she was cherished as much by those fortunate enough to know her as by her legion of captivated fans. Anyone mourned with equal affection by FOX News and NPR clearly was someone very special.

As this is a television blog we’ll focus on her Comfort TV-era appearances in the United States. Those wishing for more (and who wouldn’t?) can head over to YouTube for a nice selection of additional guest spots from Australian and British television.

This was Olivia’s earliest appearance on US television, which aired about a year after her first single (a cover of Bob Dylan’s “If Not For You”) began climbing the music charts. She appears a little nervous and Dean seems a little off his game as well when they perform a medley of love songs – maybe he was smitten too. 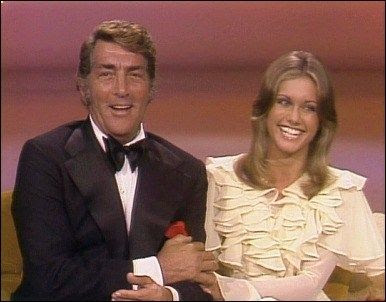 Bob Hope (does anyone under 20 even know who he is anymore?) hosted a Christmas special almost every holiday season for nearly 35 years. One of the traditions of these annual broadcasts was a duet on “Silver Bells” performed by Bob and one of his female guest stars. That spot belonged to Olivia in 1974.

Olivia performs “Let it Shine” on horseback in a beautiful wintry setting, and then duets with John Denver on “Fly Away.” Both are standout moments in an enjoyable holiday special that also featured Steve Martin and Valerie Harper.

This was Olivia's first TV special in America, and it can be procured from certain bootleg sites (and is worth the effort to do so). 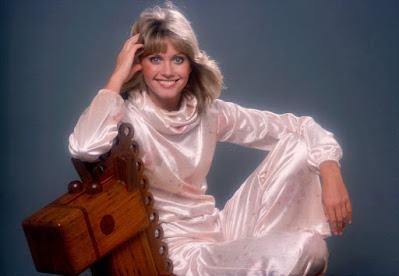 The “comedy” bits with Rona Barrett haven’t aged well, but with nearly 20 ONJ songs including every one of her hits to date, this is a must for any fan. And there are also plenty of bonuses for ‘70s TV lovers, including guest appearances from Lee Majors, Ron Howard, and Lynda Carter in full Wonder Woman regalia!

This makes the list not because she cleaned up that night, winning both Best Pop/Rock Female Artist and Best Country Female artist, as well as Best Pop/Rock Album. 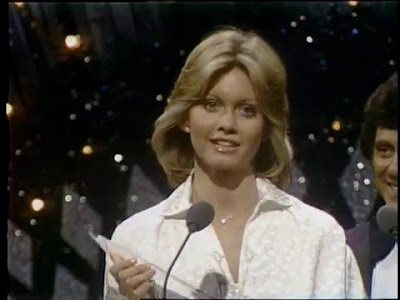 It’s here because she performs a medley of “Let Me Be There,” “Have You Never Been Mellow,” “If You Love Me (Let Me Know),” and “I Honestly Love You,” and then returns later, backed by a full orchestra, for some lovely covers of two Great American Songbook chestnuts – “What’ll I Do” and “Always.” I’m not sure I’ve ever heard the latter sung more tenderly.

I’ve seen Stevie Nicks twirl in black chiffon and Madonna writhe across a stage to “Like A Virgin,” and Beyonce’s booty shaking and Shakira’s gravity-defying hips. But for me this will always be the sexiest music performance ever on television.

This is the better known of her television specials because it has been released on homevideo (though sadly not yet on DVD). Joining ONJ this time are ABBA and Andy Gibb. Lots of great group performances and conversations among talented people who genuinely seem to like and respect each other. 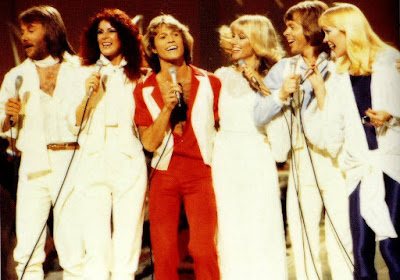 On this special some of the top singers and bands of the era performed new songs and then donated some or all the royalties to UNICEF. Olivia’s contribution was a duet with Andy Gibb on the ballad “Rest Your Love On Me.” It didn’t raise nearly as much as Abba’s “Chiquitita,” “Too Much Heaven” by the BeeGees, or “Do Ya Think I’m Sexy” by Rod Stewart. Have a listen:

ONJ (sporting that Markie Post haircut she tried out in the early ‘80s) hosted the final episode of the 1981-82 season. At that time SNL featured cast members Eddie Murphy, Joe Piscopo, Christine Ebersole and Tim Kazurinsky among others. 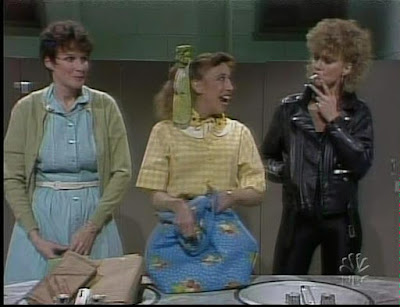 As season finales go it’s pretty awful, outside of the performance of “Ebony and Ivory” with Murphy as Stevie Wonder and Piscopo as Sinatra. The inevitable Grease sketch is painfully unfunny, as are all of the bits where Olivia bravely does what she can with lousy material. The saving grace is the performances of “Physical,” “Make a Move on Me” and “Landslide.”

This was a Disney Christmas TV movie in which ONJ plays a department store mannequin who comes to life to serve as the temporary mother of a lonely girl during the holidays. But what happens at midnight on Christmas Eve? Will she just melt away like Frosty? Not if the magical store saleslady played by Doris Roberts has anything to say about it. But Disney killed Bambi’s mother, so happy endings aren’t always guaranteed... 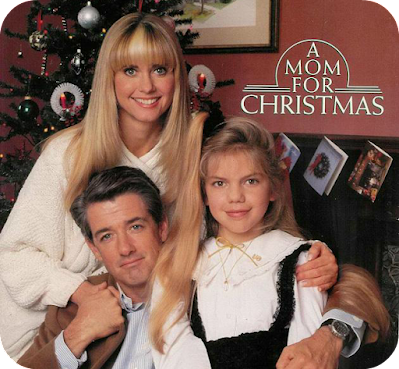 There’s a bit of Mary Poppins in this fantasy tale that you might want to schedule in between the 800 Christmas movies Hallmark now puts out every year. December isn’t that far away.