Hump Day in 1970 was as daunting as it is today. Americans toiled into the middle of the week, the weekend closer but still too far away for celebration. The diversion of television was needed more than ever to lift the spirits of the workforce so they could stay focused until Friday.

My journey through that decade’s prime time offerings continues now, as I hope to complete my mission of watching at least one episode of every series from the 1970s.

The Courtship of Eddie’s Father

No problem with this lineup, even with a couple of obscure entries.

When lists are made of the greatest TV dads, Bill Bixby’s Tom Corbett is too often forgotten. But his tender, soft-spoken, kind and patient bond with young son Eddie on The Courtship of Eddie’s Father is unlike any other sitcom parent-child relationship. They get along so well that the one time Tom yells at his son, when the boy is playing too close to the ledge outside their high-rise apartment, it shocks the audience as much as it does Eddie. This is an underrated series worthy of wider rediscovery. 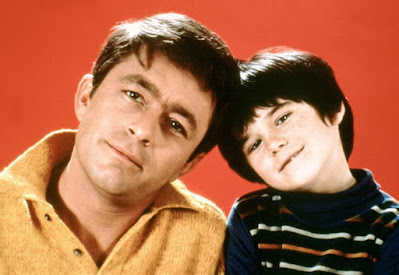 I’ve seen Make Room for Granddaddy, a sequel of sorts to Danny Thomas’s 1950s series Make Room for Daddy, thanks to the season set releases of Here’s Lucy on DVD. One of them contains a complete episode of that show because of Ball’s guest appearance, and the two series actually have a lot in common. Both rely on sitcom style and substance more in vogue decades earlier than the rapidly changing TV landscape of the 1970s. That approach still goes down easy with viewers who remember both stars’ previous shows, but probably seemed dated to younger viewers.

By contrast Room 222 was as contemporary as the day’s current headlines, and remains one of my favorite shows of that decade. The cast is uniformly excellent, and the stories blend comedy, drama and social commentary without ever getting too self-righteous.

As I mentioned in my last entry in this series, my focus is primarily on scripted series and not the variety shows that were huge in the 1970s; but I have seen The Johnny Cash Show courtesy of YouTube. Cash’s duets with guest stars like Linda Ronstadt are so wonderful it seems amazing now that performances like these were once available on free television once a week.

Dan August was Burt Reynolds’ second unsuccessful attempt at a one-hour crime drama. Like its predecessor, Hawk, it failed largely because it saddled the charismatic Reynolds with a downbeat character that offered no opportunity for him to show the personality and sense of humor that charmed audiences on The Tonight Show. 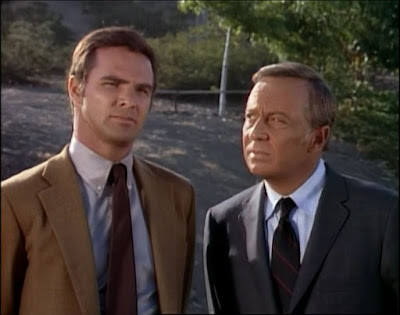 I haven’t watched this Quinn Martin Production in several years, so I recently checked out a couple of episodes on YouTube. I guessed the guilty party in “The Law” within the first five minutes, but guest stars Walter Pidgeon, Larry Hagman and Lee Meriwether helped pass the time. “Prognosis: Murder” had a must twistier plot and an equally distinguished guest cast in Fritz Weaver and Susan Oliver.

I can quickly check off Medical Center and Hawaii Five-O so let’s move on to that night’s two short-lived series.

Storefront Lawyers had a weird history. It began as another series about young crusading professionals turning their backs on the corporate world to “make a difference.” In this case, it’s three attorneys who leave a prestigious law firm to open a small storefront practice to help the downtrodden get justice. But halfway through the season the show changed its name to Men at Law – which made no sense because one of the stars was a woman (Sheila Larken). The trio also returned to the firm they previously left. Apparently downtrodden = no billable hours. 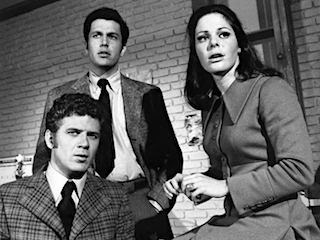 The one episode I saw, “Let the Dier Beware,” features the always-great William Windom as a phony doctor who is found dead, and the granddaughter of one of his patients (Jessica Walter) arrested for murder. It wasn’t bad, but when a show is this confused over what it wants to be, it’s not surprising that it didn’t last.

As for The Governor and J.J – I know it well. And it will be the topic of my next blog.

Men From Shiloh is The Virginian under a new name, and with new theme music (by Ennio Morricone). This was the final season for this ambitious 90-minute western that ran nearly 250 episodes. I probably haven’t watched more than 20 of them – I look forward to adding to that figure.

After sporadic runs dating back to the 1950s, The Kraft Music Hall was a year away from final cancellation in 1970. Yes, I saw it, but what I remember most were the Kraft commercials featuring the comforting voice of Ed Herlihy.

Four in One was a series of rotating dramas that became the precursor to the NBC Mystery Movie, which also featured Dennis Weaver as McCloud. 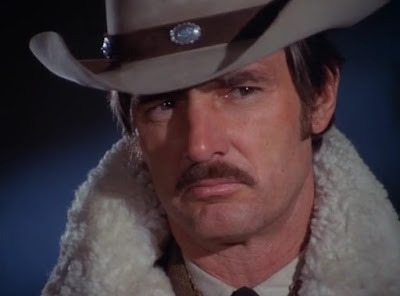 I know that show and Night Gallery well, though I believe the latter is overrated despite its association with Rod Serling. I’ve seen every story within every episode and would only put one out of ten in the win column. That said, I’ve always lauded the Serling scripted “They’re Tearing Down Tim Riley’s Bar” as something remarkable.

I’ve also seen The Psychiatrist, starring Roy Thinnes as a therapist who employs nontraditional techniques to treat his patients. It just didn’t connect with me.

And with San Francisco International Airport, I’ve reached the first show that I didn’t watch then and cannot track down now. The pilot is on YouTube but it’s being mocked by the Mystery Science Theatre 3000 gang, and that hardly seems  like giving it a fair shot. It’s also not representative of the series, as Lloyd Bridges took over for Pernell Roberts in the lead role. Just six episodes were made, so finding one may be a challenge.

Email ThisBlogThis!Share to TwitterShare to FacebookShare to Pinterest
Labels: My Journey Through 70s TV