Hopefully by now you know the drill: I’m on a quest to find out whether I have watched (or can watch) at least one episode of every prime time television series that aired in the 1970s. I’m up to Thursdays in 1970, which served up a mix of new dramas, some old favorites, and variety shows hosted by people whose names will be unknown to anyone under 50. 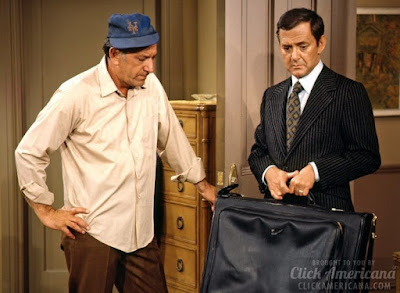 Barefoot In the Park

The 1960s may be over, but their spirit lives on in the shows that debuted in 1970. Until I began this series I never realized how all three networks targeted the youth market this year with one-hour dramas about iconoclasts in white-collar professions. Perhaps the trend would have been more obvious had any of these shows lasted beyond one season.

Following in the tradition of Storefront Lawyers, The Psychiatrist, and The Young Lawyers is Matt Lincoln, which is about…well, I’ll let IMDB handle the description: “Matt Lincoln is a with it psychiatrist in an inner city neighborhood helping disadvantaged young people. Helping him staff the phone lines are streetwise Jimmy and Tag, with Ann and policeman Kevin filling in where needed.” 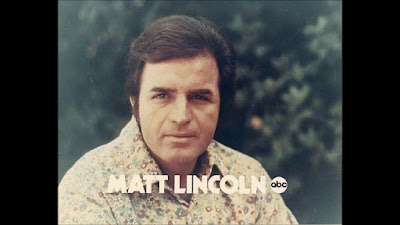 Vince Edwards, already once around the block as a maverick medical man in Ben Casey, plays the title role. Each episode takes its title from the first name of one of Matt’s patients. “Sheila” starred Patty Duke as an unwed mother unable to cope with her situation and ready to choose between adoption for her baby or suicide. She’s great, as might be expected, but the allegedly with-it Edwards just seems bored in a series that, as shows about shrinks go, pales in comparison to The Thirteenth Hour.

Bewitched was already winding down its impressive run, though it would hang on until 1972. Samantha’s shorter hemlines could not distract viewers from a been-there-done-that feeling, and wondering whether Endora would ever run out of ways to humiliate poor Derwood. 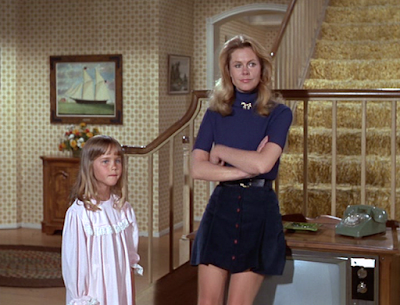 Next up: back-to-back sitcoms based on Neil Simon plays – one you know, one you’ve probably never seen. The Odd Couple was an immediate hit, with Tony Randall and Jack Klugman surpassing film leads Jack Lemmon and Walter Matthau as the definitive Felix and Oscar.

Barefoot in the Park was an even bigger hit for Simon on Broadway, and was adapted into a successful film starring Robert Redford and Jane Fonda. With that track record how could a series based on the same material miss?

It did, because Barefoot in the Park was always a trifle that needs a charismatic cast and a good director to make its slight premise work – especially in a spin-off without Simon’s clever dialogue. I can’t say whether the decision to recast all the roles with African-Americans (Scoey Mitchell and Tracy Reed played the newlyweds) had any role in its fate; but Wikipedia tells us that Mitchell was fired after 12 episodes due to "differences of opinion" with the series' producers, and since the ratings were low the network pulled the plug rather than recast his part.

Those who see America as intrinsically racist will be quick to yell and point fingers, because that’s what they do best. But The Flip Wilson Show ranked second among all prime time series in 1970-1971, so maybe the show just wasn’t working. That was my assessment when I watched it years ago on TV Land. 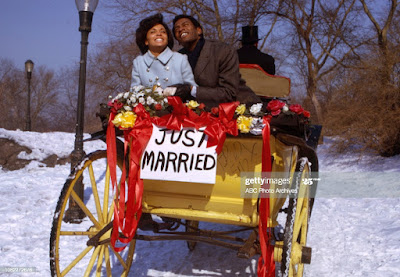 I wrote a “Purchase or Pass” piece on The Immortal after the show was released on DVD. You can read my review there.

Only two shows to check off here – one, really, as I’m mostly focused on scripted series and not variety shows.

Family Affair is  - or as I wrote in my book When Television Brought Us Together (wait – you haven’t bought it yet?): an exceptional sitcom, not just in the sense of being well written and performed, but also in how it varied in both content and style from other situation comedies of its era. There’s a remarkable grace and compassion that permeates how sensitive moments are handled, and an emotional authenticity that is extraordinary for escapist entertainment. 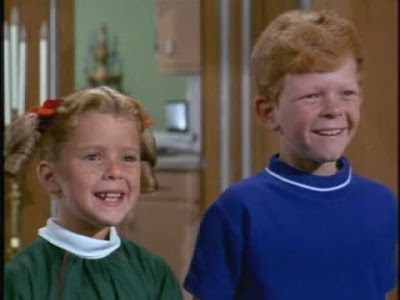 The comedic and musical personas of Jim Nabors were so disparate that it was hard to figure out who he really was. His variety show was typical of the era. It didn’t do much for me, but I always looked forward to his performance of “Back Home Again in Indiana” before the Indianapolis 500. He did it for 32 years, and it’s just not the same without him.

Two more variety shows, but both were among the decade’s best so of course I’ve seen them. Ironside I’ve watched but honestly I can’t recall very much about it. Mitchell Hadley recently did a deep dive into the series so I’d refer you to his “It’s About TV” blog for more details.

Which brings us to Nancy, another series I must add to the list of those I have never watched. The only video I could find online was the opening credits, which gives very little clue to what it’s actually about:

Created by Sidney Sheldon (The Patty Duke Show, I Dream of Jeannie) Nancy was about an attractive young woman (Renne Jarrett) who meets an attractive young veterinarian (John Fink), and it’s love at first sight. But their relationship is complicated by the fact that Nancy’s father is the President of the United States. Film star Celeste Holm played the president’s press secretary and Nancy’s date chaperone.

Reviews were not kind – most dismissed the series as too syrupy and sentimental. There are worse sins. It also seems odd to focus a series on the daughter of a president, and not have the president be a character in the show. The Chicago Tribune couldn’t help but note, however, that Renne Jarrett is “very, very pretty” and “her legs are especially good, long and tanned, with a blemish on one calf which only proves that she is real.” It takes a lot of effort to notice a calf blemish in the pre-high def era. But perhaps that partly explains why the show pulled a sizable ratings share in its debut. 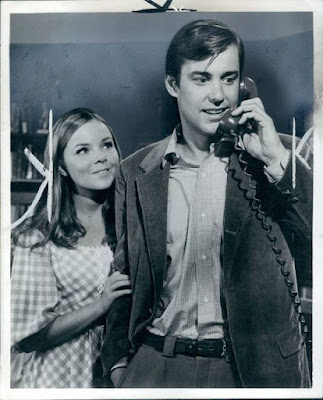 Posted by David Hofstede at 1:03 PM

Email ThisBlogThis!Share to TwitterShare to FacebookShare to Pinterest
Labels: Family Affair, My Journey Through 70s TV