In every episode of Mr. Rogers’ Neighborhood, Fred Rogers would take a few seconds to feed the fish in his aquarium. One day he received a letter from a girl who was blind, who wrote that she sometimes worried about his fish and if they were being fed every day. After that, when the time would come to feed them, he would always say that’s what he was doing, so that one girl in his audience would know they had not been forgotten.

When I hear a story like that, I realize that however many awards and honors Fred Rogers received in his life, they were not nearly enough. 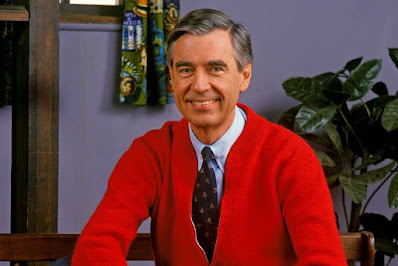 Not that he cared about such things – for Mr. Rogers the work was the only reward he sought. He was grateful for the opportunity to spend a half-hour on television speaking to children in a way that made them feel special.

It wasn’t just the children of divorce, or the abused kids who really needed an encouraging friend. I think about all the kids who were lonely, or ostracized because of their race or religion or how they looked. Perhaps they were too short or tall, too thin or overweight, a little slower to learn, or they just didn’t fare as well in the DNA lottery as their more popular and attractive classmates. For these children, every day at school was a reminder of what they were not. And every day with Mr. Rogers was a reminder that someone liked them just the way they were.

He was a daily presence on television for 33 years; most of them in a pre-cable era when few children’s shows aired on weekdays. He communicated with multiple generations of millions of kids, and we’ll never know how many of them were comforted by his benevolent words and gentle support. 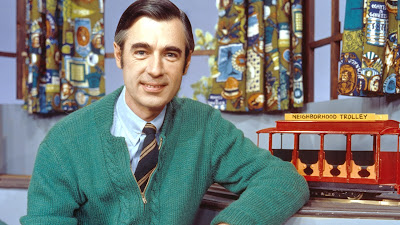 It has been 20 years since the passing of Fred Rogers. The final new episode of Mr. Rogers’ Neighborhood was broadcast two years before that. Part of me is glad (or perhaps “relieved” is more apt) that it ended when it did. He and his show were everything that television and our current culture is not – soft-spoken, unhurried, patient, focused, moral, forgiving.

I have no doubt he could have remained so for another two decades. I have less certainty that PBS, which had been content to leave him alone, would have continued to do so.

In a less dysfunctional society, someone would have realized that this was not a segment appropriate for 3-8 year olds, and have had the integrity to say so. While we respect the rights of adults to live how they wish, we do not foist those choices on children too young to understand them. But we do not live in those times anymore.

Of course I have no doubt that if Mr. Rogers had met Li’l Miss Hot Mess he would have offered kind words and a hug as he did to all of his TV neighbors. He was always about inclusion and equity, but that was back when those words still carried their original definitions: No one gets left out. No one should be ostracized because of how they look or for the color of their skin or their hair, or what God they worshipped or if they didn’t go in for that.

Today, sadly, those words oversee lectures about unequal binaries in which one side is demeaned and penalized so the other can advance.

“Do you know what forgiveness means?” Mr. Rogers once asked. “It’s a decision we make to release a person from the feelings of anger we have against them.” It’s a choice – and not a very popular one these days.

Television has changed too since that red trolley made its last stop at the Neighborhood of Make Believe. 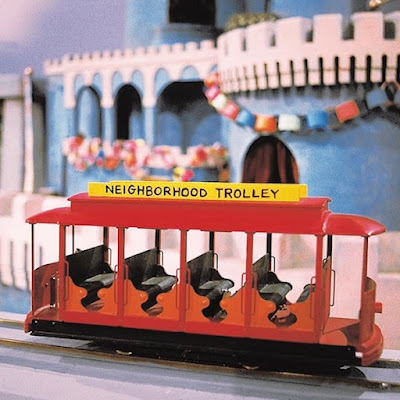 Children growing up now have their own cell phones before they start Kindergarten, and by then have already downloaded and mastered more apps than I have or ever will. The TV at home no longer plays a central role in their entertainment universe, taking a back seat to video games and TikTok, where videos have 15 seconds to capture one’s attention before being dismissed. That’s not even enough time for Fred to change from his dress shoes to his sneakers.

Where do kids go now to discover the magic of imagination, and how to express themselves by writing stories or drawing pictures? Where will they be introduced to classical music and jazz? And where do children now find the kind of reassurance Fred Rogers once provided? 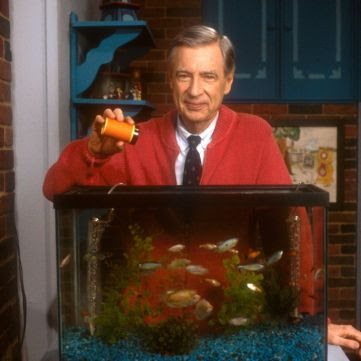 One hopes they are getting it first from their parents and teachers, which is as it should be. But we know that isn’t always the case; sometimes that support must come from elsewhere. Has another series emerged to fill the void left behind by Mr. Rogers’ Neighborhood? Thankfully it’s still streaming on Apple TV and elsewhere, for those fortunate enough to find it.

A lot of neighborhoods aren’t what they used to be 20 years ago, but the one where Mr. Rogers lives is as safe and welcoming today as it was decades earlier. Watching these shows now is a reminder that the transcendent dimension of being human is never going to be known by some smug modern activist. It is found elsewhere, in community cleanup projects and houses of worship. At Little League games and summertime picnics. And every day, in Mr. Rogers Neighborhood.