As with all of its cast members, Eve Plumb will forever be associated with The Brady Bunch, though she also appeared in other popular shows before, during and after that five-year run. 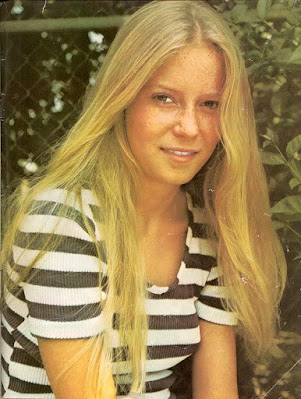 It’s a toss-up as to which cast member had the most interesting career outside that show, but I think Plumb rates the edge over Maureen McCormick, who popped up in such classics as Bewitched and Honey West. But let’s give Jan a rare win over Marcia this time, and explore some of her other memorable TV moments.

This is not the Smothers Brothers series that left its mark on the history of television, but rather a lame and largely forgotten sitcom that preceded it by two years. Dick plays an ambitious young executive; Tommy plays his deceased brother, who has returned as an angel trying to earn his wings. Eve Plumb made her TV debut at the age of seven in the holiday episode “Twas the Night Before Christmas.” You’ll spot her about halfway through in a toy shop scene – she has one line (“Do it again!”) and is billed as “Little Girl.”

Someone must have liked Eve on this series as she appeared in three different episodes. Her biggest part was in “Hide the Children,” in which she carries an anachronistic Raggedy Ann doll and falls into a well (which is dangerous on any series without Lassie).

But if you just want to watch one of her guest spots, go with “Brother Love” (1967), featuring singer Robert Goulet as a con man acting as a preacher and faith healer. Will Audra (Linda Evans) get taken in by his charms, or help him see the error of his ways? Goulet plays the heck out his charismatic character, and croons a couple of songs along the way. Plus, there’s another fun moment for Brady fans in the brief appearance of Debi Storm as a shopkeeper’s blind daughter. She later played Molly Webber in the Brady Bunch episode “My Fair Opponent.”

I’m not sure if Jan was anyone’s favorite character, but she may have been the most memorable and was certainly the most broadly parodied in the two Brady Bunch movies. 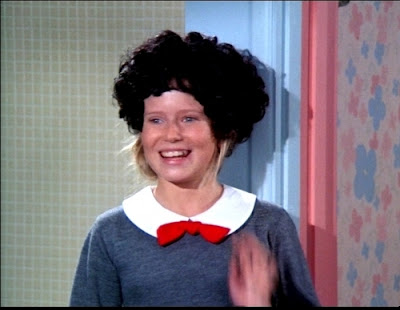 She was insecure about her looks, her middle child status, and her lack of scholastic and creative achievement when measured against her seemingly perfect older sister. I’m sure a lot of young viewers in similar situations could identify.

Plumb didn’t show up for the Variety Hour, which in retrospect seems wise, but despite her status as the most reluctant Brady sibling she has returned for all of the other revivals and reunions, from The Brady Brides to HGTV’s A Very Brady Renovation.

Having already dismissed the notion that situation comedies always have to be funny, Family Affair now disproves the assumption that Christmas episodes always have to be happy. In “Christmas Came A Little Early” Eve Plumb plays Eve Bowers, a friend of Buffy’s suffering from a terminal illness. With Bill Davis’s help the family plans an early Christmas celebration, knowing Eve is unlikely to survive until December. 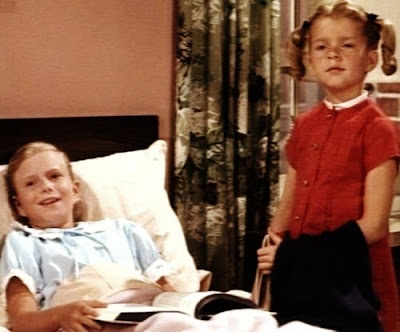 Uncle Bill, a man of considerable resources, brings in a specialist to assess Eve’s condition, and a lesser series might have closed this episode on a hopeful note, or at least spared viewers from its grim outcome. But Family Affair always gives it to you straight; the final scene, of Buffy alone in her bedroom after Eve has died, is one I don’t ever want to watch again.

“Lucy and Donny Osmond” is one of my favorite episodes of this series. The story has Donny meeting Kim (Lucie Arnaz) after his show and developing a crush on her. I can see it – even with the show putting the 21 year-old Arnaz in dresses and a hairstyle that made her look 35. It’s surprising to see Eve, who plays Lucy’s niece, in a guest spot on a different sitcom during the Brady Bunch run, and it’s fun to watch her share a scene with TV’s first lady of comedy. Plus, you get two musical numbers from Donny at the height of his teen idol fame. 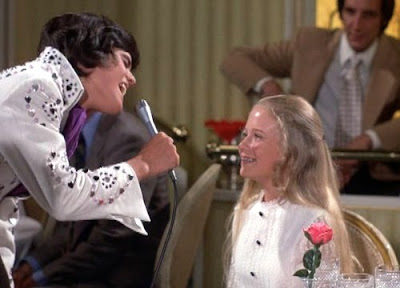 Based on the book by prolific, award-winning novelist Betsy Byars, “Sara’s Summer of the Swans” explores the challenges of growing up with a special needs sibling. But it’s really also about learning to let other people into your life, even if you’re not sure they’ll like it there. That message resonated with me when it first aired, and it’s one I still need to hear from time to time. This is a simple, heartfelt story that exemplifies how enriching these shows can be at their best. Eve Plumb is only in one scene as Gretchen, the popular girl in Sara’s school who tries to befriend her but is rudely rebuffed. Christopher Knight also appears in a supporting role.

“The Pied Piper” is one of the most pungent slices of ‘70s cheese ever unleashed on an unsuspecting public. Story: rock god Hamlin Rule (Martin Mull!) hypnotizes his young female admirers with his magic flute, and orders them to steal the box office receipts during his concerts. Eve, who gets “special guest star” billing, plays Elena, the daughter of an IADC agent who falls under Hamlin’s spell. 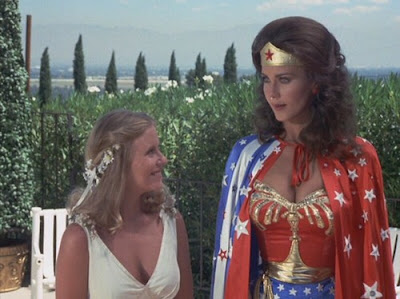 This is one of the rare 1970s TV movies that still get talked about from time to time. But unlike Brian’s Song and The Night Stalker, which people remember because they were really great, Dawn was noticed because it featured a Brady as a teenage prostitute. 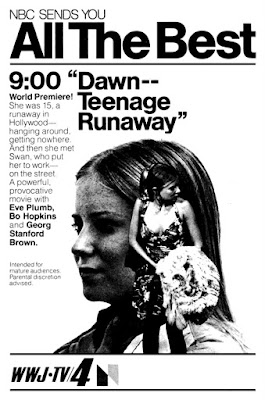 It’s not a good movie, but it is certainly a memorable relic of its time. If you’ve never watched it, proceed with caution – the scene in which Patty Lane’s father takes Jan Brady back to a cheap Hollywood motel room for some afternoon delight can scar a classic TV fan for life.

Even if you know this beloved story from the book or the numerous other film and TV adaptations, this miniseries version is a must for classic television fans because of its cast. The four March sisters are played by Meredith Baxter Birney, Susan Dey, Even Plumb, and Ann Dusenberry. Also appearing: Robert Young, William Schallert, Dorothy McGuire, William Shatner, Virginia Gregg, Joyce Bulifant and John de Lancie, alongside Hollywood royalty in Greer Garson. 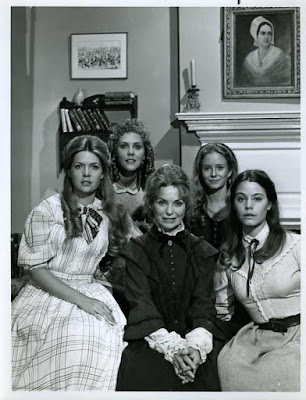 I can recall three occasions when a Brady shared the screen with a Partridge, and this one is by far the most rewarding – and certainly more dignified than when Barry Williams boxed Danny Bonaduce.

“Best Sisters, Pts. 1 & 2” was a very special episode™ in which Blair is delighted by a visit from Meg (Plumb), her unofficial sibling via their respective parents’ multiple marriages. But that joy turns to revulsion when she learns Meg is about to become a nun. Jo has the opposite reaction – she considers joining a convent as well.

Ah, for the days when television knew there were Christians (or any people of faith) in the country. 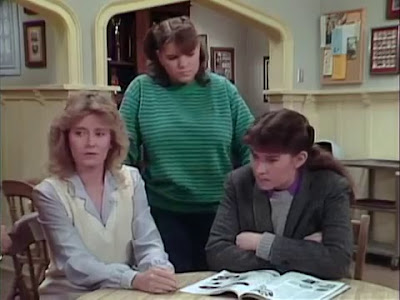 Something viewers may appreciate more now is how Lisa Whelchel, who became one of the most openly devout Christians in Hollywood, plays Blair here as someone who vacillates between not believing in God, and being furious with him for not answering a prayer about her parents’ failing marriage. Some frank and insightful discussions about religion follow, mostly between Blair and Mrs. Garrett. Still, this is Eve Plumb’s most substantive non-Brady role until she starred in the 1995 series Fudge.