Pumpkins, Presidents and “That Girl”

Halloween is a couple of days away, and there’s a presidential election just three days later (you might have read something about that over the past two years).

If you’re looking for appropriate Comfort TV viewing, you’ll have plenty of choices for Halloween-themed shows, and a few shows about elections such as “The Not Making of a President,” from season two of Happy Days. But if you’d like both events in one episode, I am happy to recommend “Secret Ballot” (1968), from the third season of That Girl. 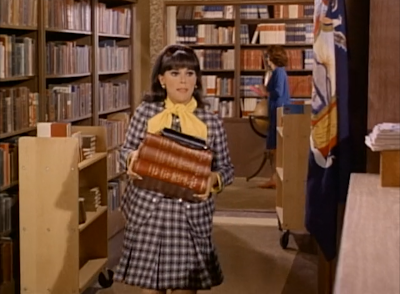 As the story begins, Ann Marie is at the library taking out a stack of books about politics (including the Congressional Record) so she can study the issues before voting in her first presidential election. 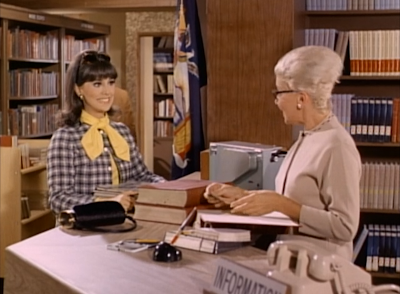 Watch for an unbilled Penny Marshall in a tiny role as one of the librarians. 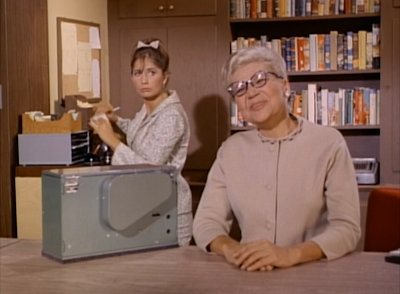 Since Ann Marie overdoes everything her enthusiasm about doing her patriotic duty is not surprising. It’s also refreshing in these cynical times. I remember being excited the first time I cast a vote for president. Hopefully, younger people still feel that way.

This plot point also suggests a question – how old is Ann Marie? If this is her first presidential election, and the voting age was 21 in 1968, it means she must be somewhere between 21 and 24 years old, which is interesting since Marlo Thomas was almost 30 at the time.

When Donald arrives (in a Halloween get-up Ann barely notices), he discusses the election with her as a seasoned voter, and viewers likely already assumed he was older then Ann based on his profession and general maturity level. Ted Bessell was 33 when “Secret Ballot” was shot.

The couple drives up to Brewster to spend the weekend with Ann’s parents. That’s when her father asks, “How did you register? Democrat or Republican?” Ann is hesitant to tell him, as she believes a secret ballot should remain secret. He tells her he’s always voted a straight-party ticket, and if it’s good enough for him it should be good enough for her. 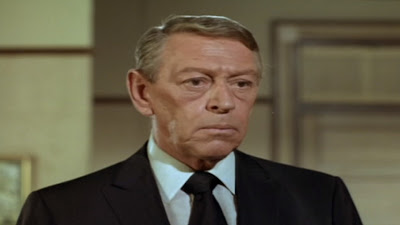 Interesting to note that he doesn’t say which party he supports – this was the era when situation comedies were more about telling good stories than preaching to potential voters.

Their debate continues into Halloween night, as trick-or-treaters begin to arrive. The family is so engaged in election conversation that, despite greeting the costumed tykes, they never get around to giving them any candy. And that’s why, the next morning, they are cleaning up their front yard from the kids’ retribution.

Does anyone still take the “trick” part seriously for homes that stiff on treats? It was probably more common back when the series was shot. I also liked how the family takes their penance as justified – they did the crime, now they suffer the consequences without any whining.

But amidst all this the argument continues over Ann’s refusal to reveal her party alliance, and her belief that a straight-party vote is lazy and doesn’t carefully consider candidates and issues. She and Don leave early that day, only to have to drive right back up because Ann forgot her purse (patience of a saint, that Donald).

But between highway rides, there’s a thoughtful and well-written conversation on the stairway in Ann’s building, when Don gently tells Ann that her father was not the only one being unreasonable. “Millions of people vote a straight party ticket, and there is nothing wrong with that.”

It is nightfall by the time they get back to Brewster; Ann’s parents are out for a walk and the house is locked. Ann decides to climb a tree and enter through her bedroom window on the second floor – and then she gets stuck up the tree. She tells Donald to trek over to the fire station to get a ladder. He begins to leave, stops, and then looks up at Ann and asks, “If I were to turn and walk away from here, never to return, would you understand?” 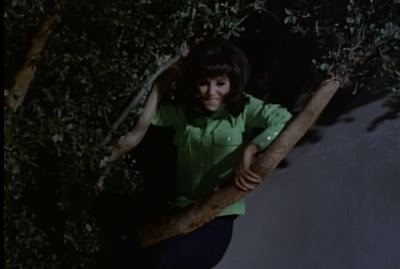 Ann’s response is perfect – and just right as we reach the climax of a warm and funny episode that could have aired this year and be relevant to our current life and times.

Happy Halloween – and let’s hope next week doesn’t result in all of us wanting to climb a tree and stay up there for the next four years. 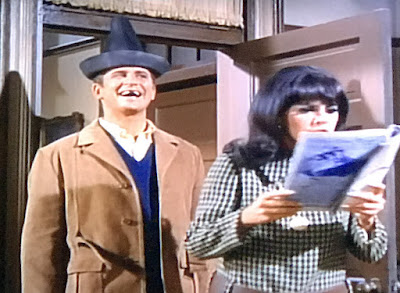