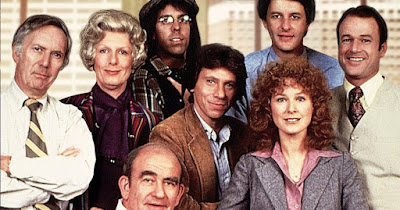 Halloween celebrated the fun part of being scared. But there are some fears that have no place in such a colorful, festive holiday.

Nuclear war is not a prevalent topic in the Comfort TV era for obvious reasons (“Will a nuclear winter finally give Jack a chance to cuddle up with Chrissy? Find out on tonight’s Three’s Company!”) But it did get a high-profile treatment in the 1983 TV movie The Day After. Back then the Emmy-winning film was considered such a landmark event that it was shown in American schools. 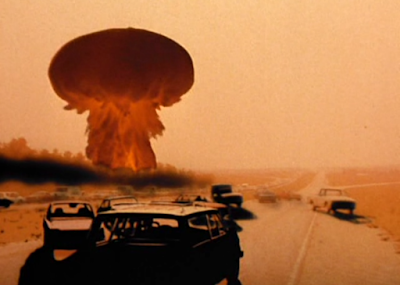 Much of The Day After focused on what happens in the aftermath of an attack. It left an impression on me as it likely did on anyone who saw it. But there was an episode of Lou Grant that aired one year earlier that I found even more unsettling. Its title was “Unthinkable.”

The story opens with a school bus crash that puts one student into a hospital burn unit – just one of those typical, terrible things that happen almost every day in a major city like Los Angeles. But then the drama shifts from a small-scale tragedy to one that threatens the entire nation.

Lou Grant first figures something serious is happening when a congressman is suddenly called out of a lunch Lou attends with his publisher. He heads back to the newspaper to learn that the death of a king in a Persian Gulf country has left a power vacuum, and the U.S. and Russia are both trying to fill it, in part to secure the oil supply that flows from that nation.

“We’ll show a little muscle, is all,” Lou says. 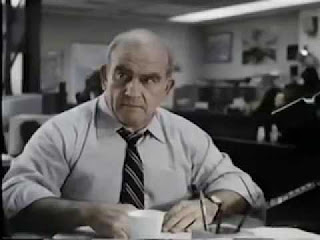 But subsequent events are more ominous: The President changes his travel plans. A Russian jet shoots down a U.S. plane. An oil tanker is fired on. Troops mass on the Middle Eastern nation’s border. California hospitals are put on alert.

The most frightening aspect of the story is how plausible each of these steps seems as the world moves closer to the brink of Armageddon. Everything that happens in “Unthinkable” has happened more than once in our real world.

And as unimaginable consequences gradually become more imaginable, the writers, editors and photographers at the Los Angeles Tribune do their jobs as the professionals they are, covering this potentially horrific story from every angle – medical, military, civil defense, even technology (with phone and computer lines vaporized, communication would be completely cut off).

Grim numbers are collected – one bomb dropped on L.A. would immediately kill two million people; at any given moment, we are a half-hour away from annihilation.

In the midst of this, Animal interviews a man who has maintained a bomb shelter in his backyard for 30 years – which he now shows off with pride.

“You sound like you’re almost looking forward to it,” he says of the potential attack.

“Well,” the man replies, “it’s nice to see your investment pay off.”

And what about that scene with the student in the burn unit? It’s there so Billie can interview the girl’s doctor, who describes the awful effect of severe burns, which survivors of a nuclear attack would experience. From how they are described, many viewers will be with Animal when he says if the big one drops, he’d rather be standing right under it.

The show’s ending was not what I expected. Obviously they were not going to vaporize Los Angeles, since there were still a few episodes left in the season. But they also didn’t want to minimize the crisis with a “See, it was all for nothing” climax. Some may not find it satisfying how they resolved that impasse, but the episode’s message loses nothing from that decision.

Yes, you can sense Ed Asner’s politics informing the script. “Unthinkable” airs late in the series’ fifth and final season, and CBS probably would have picked it up for at least one more had the network not grown tired of his activism. 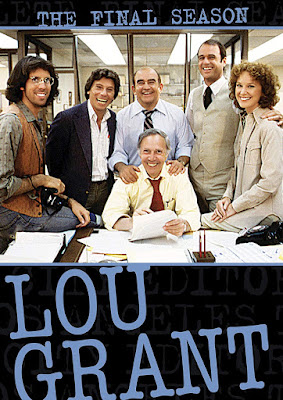 But as someone who doesn’t share many of his views, I can still respect them when they are fairly and intelligently presented. Nothing that happens in the episode seems exaggerated or alarmist.

That’s one reason this tale stuck with me. The other reason is one I experience every time I return to this series: its poignant reminder of how journalism is supposed to work. The only thing more horrifying than contemplating the events described in “Unthinkable” is contemplating how they would be covered now by…well, feel free to insert your least favorite newspaper or cable news network here.
Posted by David Hofstede at 2:52 PM