I’ve written about my favorite classic TV books in the past, and it’s always a joy when new ones appear that deserve a place in your collection. At a time when the market has never been more under-served, I am delighted to offer not one but two enthusiastic recommendations.

First up: The Electronic Mirror, written by my fellow classic TV blogger Mitchell Hadley. If you like Comfort TV you would also enjoy reading Hadley’s wonderful It’s About TV blog. You might even enjoy it more, but if you do keep that to yourself. 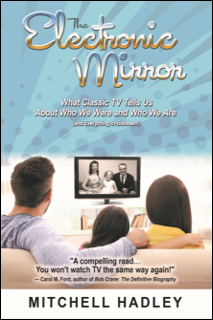 The book’s subtitle is “What classic TV tells us about who we were and who we are.” The short answer to that is “Quite a bit.” For the longer answer, pick up the book.

As someone of the author’s approximate age and life experience, I found myself in agreement with many of his conclusions; the loss of the common cultural touchstones that television used to provide, before there were 400 channels and time-shifting technology; the communal experience of TV watching that has also disappeared; the worldview portrayed and the values expressed in shows from an earlier era, that might seem strange, foreign, perhaps even offensive to current generations ­– and why such condemnation is short-sighted. 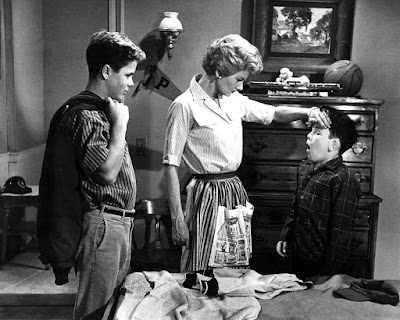 Preaching to the converted? Absolutely. I nodded with every page turn like a Republican watching Hannity. But one does not have to prefer the Clampetts to the Kardashians to enjoy The Electronic Mirror. Anyone with a broader interest in the evolution of pop culture will find much to discover here: how cop shows from Dragnet to Law and Order may influence our perspective on crime and punishment; how one episode of a nearly forgotten series called Medic says as much about views on marriage and family in the 1950s as a sociology textbook; how situation comedies from the 1960s helped America win the Cold War (really!) 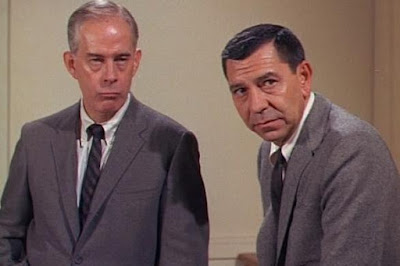 This is a book from someone that gets it – why these shows are not just entertaining but important, and worthy of thoughtful study and reflection.

From this outside look into classic TV, we now turn to an inside look at how some of its shows were created, through the memories of the men and women who wrote them. This is familiar terrain for author Paula Finn, whose father, Herb Finn, wrote for
The Flintstones, Gilligan’s Island and The Brady Bunch, among others. Part of her childhood was spent on the sets of such TV classics as The Patty Duke Show, Mr. Ed and That Girl – experiences that surely sound like a dream come true for so many of us who longed to enter those fictional worlds for a little while. 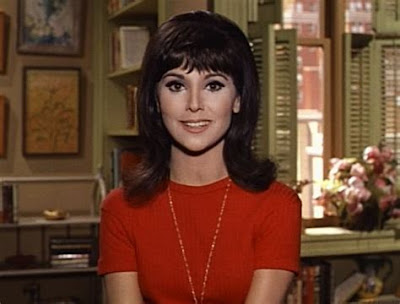 Finn uses the Q & A format for her interviews, which is one I’ve always liked. Especially here, when the content provided by interviewees is the sole purpose for the existence of a book like this. She asks the questions most of us would ask to these writers, and then lets them take the floor.

There are familiar stories here –  Reiner on creating The Dick Van Dyke Show, Lear on his battles over the controversial content in All In The Family. But there is much else to savor, such as how Leonard Stern recalled the challenges of working for Jackie Gleason, and the hilarious ‘notes’ he gathered from networks. One of them complained that there was “too much dancing” in a Fred Astaire special.

I’ve always liked seeing the names of married couple Austin and Irma Kalish in the credits, so I was especially pleased to get to know them better, and to learn how they could catch the rhythms and sensibilities of sitcoms as different as Family Affair and Maude. And did Treva Silverman really write a couple of memorable Mary Tyler Moore Show episodes with a creative boost from marijuana? 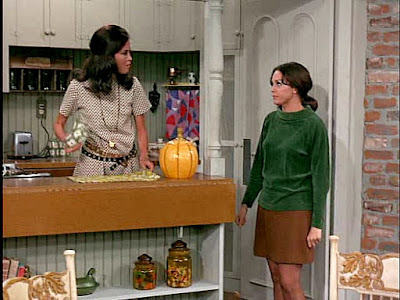 The one caveat for fans of the Comfort TV era is that the last third of the book focuses on shows that aired in the 1990s and beyond – most notably The Simpsons. But even here it’s interesting to see how the shows have changed but the approach to how they are crafted has not.

One gets the feeling that all of these writers, despite dealing with temperamental stars and humorless network executives and silly censors, still had the time of their lives.

Both The Electronic Mirror and Sitcom Writers Talk Shop are available from Amazon.
Posted by David Hofstede at 2:50 PM