A television show succeeds if it holds your attention for the time it’s on.

But some episodes stay with you long after the credits roll. The emotions they generate do not dissipate for several minutes – sometimes several hours. And when you think about them months or even years later, you find the imprint they left on your mind remains as formidable as ever.

I call these shows “Unshakeables.” And I can’t think of a better example than “The Invasion of Kevin Ireland,” a 1971 episode of The Bold Ones: The Lawyers. 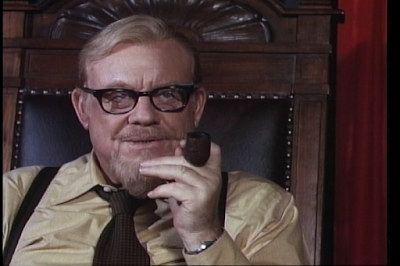 Never heard of it? That’s not surprising. It’s so obscure now I couldn’t find a single photo from it to run with this piece.

But that’s one of the wonderful things about television; there’s been so much of it over so many years that it’s still possible to come across an extraordinary piece of art that has lain dormant for decades, just waiting to be rediscovered.

When “The Invasion of Kevin Ireland” first aired, however, its quality did not go unnoticed. The script by Jack B. Sowards was printed in the Congressional Record after being praised on the floor of the United States Senate by Senator William Proxmire. Its director, Alexander Singer, won the Emmy that year for Outstanding Direction of a Drama Series.

And here’s the best news – the series is out on DVD. So it’s not as obscure as it used to be. 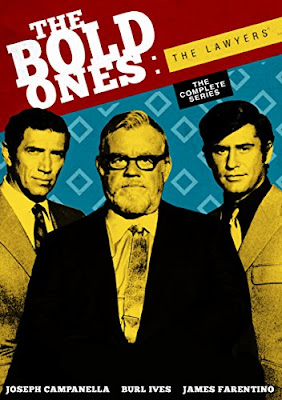 The episode begins with a courtroom trial, crosscut with scenes of the man in the witness stand destroying computers and other electronic equipment in a deserted office after dark. He continues his rampage until a security guard stops him.

He is Kevin Ireland, now on trial for destruction of private property, as well as breaking and entering. While his guilt is not in question, Kevin’s attorney, Walter Nichols, persuades the judge that the reasons for his client’s behavior are relevant to the case.

Thus, Kevin recounts his story, which we see in selective flashbacks. It begins as a portrait of a happy, successful executive, husband and father. When his employer is acquired by a larger firm that brings in its own personnel, Kevin finds himself out of work, along with many of his associates. He immediately begins sending out resumes, confident that the ten years he spent there and a glowing recommendation from his previous employer will generate job offers.

But no offers arrive. Over the next two years he loses his house, his wife, and much of his self-respect. Desperate, he confronts a former coworker who reveals that a dossier critical of his character had circulated among potential employers, all of whom now rely on such investigative reports before hiring new executives.

Kevin hires an attorney to gain access to the dossier, prepared by “Corporate Research Associates,” which contains allegations that are inaccurate and misleading. A claim that he threw wild parties, for instance, omitted the fact that the charge came from a former neighbor who made the same accusation toward every other homeowner in the community.

The representative of the investigative firm conceded that his staff did not have the time or the budget to double-check any of the information in the profiles, because it wouldn’t be “economically feasible.” Throughout the trial he remains unmoved and unapologetic over destroying Kevin Ireland’s life. His was the company where Kevin committed his crimes.

The case goes to the jury and there is a verdict, but that’s not where the episode ends. For the benefit of anyone who has not watched this exceptional hour of television, and may now wish to do so, I’ll leave you to discover what happens next.

The following statement appears at the episode’s close: “On April 25, 1971, Congress enacted legislation which gives every American the right to know the nature and substance of all personal information concerning him that has been compiled by a private company and to contest and correct any errors he might find in that information. These companies, however, retain the right to investigate any area of a person's private life, relevant to their purposes or not.”

Senator Proxmire’s admiration was based in how the show illustrated what can happen when such erroneous documents are compiled, and how it gave the public a chance to “see the human side of the law.”

However outstanding “The Invasion of Kevin Ireland” may have read on the page, it is further elevated through being brought to life by an extraordinary cast. Darren McGavin plays Kevin Ireland, and for many of you that will be enough said already. It’s hard to imagine anyone (okay, maybe William Windom) playing this tragic downward journey and its accompanying range of emotions as movingly. 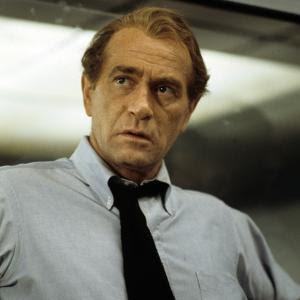 Director Alexander Singer shoots many of McGavin’s scenes in close-up, especially while he’s on the witness stand. It’s a wise decision. More than any other component in this remarkable hour of television, it is McGavin who makes this episode unshakeable.

Dana Elcar, usually an actor that specialized in affable characters, is chilling here as Mr. Gale, representative of Corporate Research Associates. He gets no first name, which I’m sure is intentional. Elcar plays Gale as unfailingly polite, soft-spoken, and utterly without any shred of conscience. Is he an evil man? It’s an interesting question that might spark an equally interesting debate. 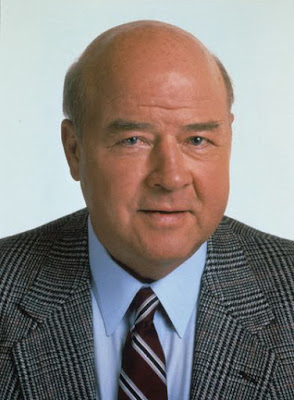 Burl Ives is top-billed in The Bold Ones: The Lawyers as attorney Walter Nichols. He maintains a jovial unflappability throughout the series as he defends clients both innocent and guilty. But here, confronted with such insouciance by Corporate Research Associates in the face of the damage they’ve caused, he can barely control his contempt. His closing statement to the jury is yet another standout moment in a remarkable show. 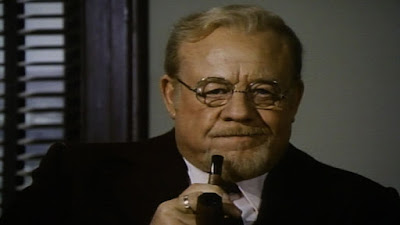 I can’t put myself in the place of someone who watched this episode in 1971, but viewed in 2018 the story remains not just powerful but frighteningly prescient.

Consider how much more of our existence has now been compiled into digital files and shared with or without our knowledge. Corporate Research Associates didn’t have the time or the budget to authenticate the information in its reports. Are the thousands of online “news” sources around today any better? How many reputations now are sullied by what is now called fake news?

I hope I’ve succeeded in conveying how compelling this episode is. If you appreciate quality television, it is worth your time to seek out.

Posted by David Hofstede at 1:26 PM
Email ThisBlogThis!Share to TwitterShare to FacebookShare to Pinterest
Labels: The Bold Ones: The Lawyers, Unshakeables